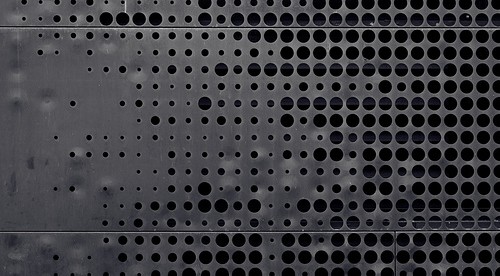 Attractor Point is one of the most popular method in parametric modeling and is a way to differentiate a bunch of objects.

Generally speaking, the basic concept of Attractor Point is to assign the relationship between objects and certain points, which is called attractor points, to parameters of the geometric manipulations to objects. For example, following image shows the most typical way to use Attractor Point. In this case, the distance between the center points of circle and attractor point is assigned to the height of extrusion.

There are 2 major way to deal with multiple attractor points.

One is to get the parameter with each attractor point individually and calculate the average of them. But the problem of this method is that the differences between each parameter of objects can be too small to control the difference easily.